Posted on January 17, 2020
1. Star-filled grains (commonly known as Saitama): The main reason is due to the premature sporulation of the female ear, the small amount of pollen that has passed the flowering stage, or the high-temperature dry weather encountered during flowering, lack of soil moisture, and loss of pollen vitality. The reason why a small number of filament pollination
Second, there are four reasons for lack of grain in the base of the bald tip or in the base: 1 There are differences in the spit in different parts of the ear. The central filaments are the first to protrude, there are many opportunities for pollination, and the seeds are numerous and arranged neatly. The basal filaments extend farther from the tip of the cilia. Far, the earliest flowers spit silk at the latest, these two parts lack of pollen because of lack of grain; 2 density is not appropriate, lack of nutrition. In particular, the lack of phosphorus prone to baldness; 3 lack of moisture; 4 species characteristics cause baldness.
Third, there are seeds on one side of the ear, one side without seeds, horns into a curved horns (commonly known as half lamelon) because the pollination is late, the filament stretched very long or when the female spun silk encounter continuous rainy days, filament pollination uneven.
4. The lack of grain at the top is due to the lack of potassium in the soil, which causes the corn to be physiologically obstructed during starch accumulation.
Precaution:
First, we must do a good job of water and fertilizer management to ensure that there is sufficient water and nutrients in corn, especially the flowering filling period can not be lack of water, lack of fertilizer, pay attention to N, P, K with fertilizer application.
Second, planting density should be appropriate, too close influence normal pollination.
Third, we must strengthen the management of weak seedlings to promote the development of neat crops, spinning the same, the late development of the ear or poor pollination bad weather, should be artificially assisted pollination intervened.
Fourth, timely prevention and control of pests and diseases.


Dried goji berry is wonderful health food and can be used as a food and a medicine. non-toxic, widely used in immersing in the wine, tea, water, soup, conjee, etc. In traditional medicine terms, goji can nourish Yin and supplement Kidney, brighten eyesight and strengthen health. A large number of modern scientific study shows that dried goji berry contains a variety of bio-active ingredients, which is can be utilized. which the Goji Polysaccharide is the most use of the value, followed are the goji pigment and Goji Seed Oil . 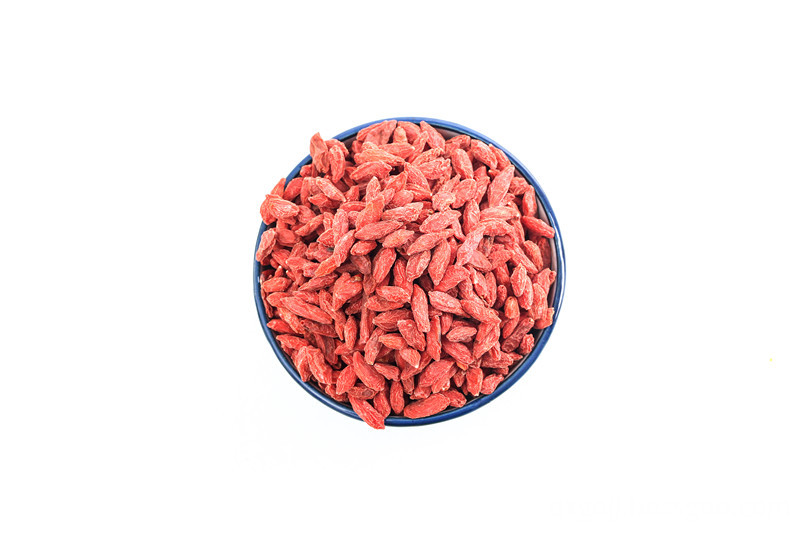 5kg in aseptic bag, and two bags per paper carton